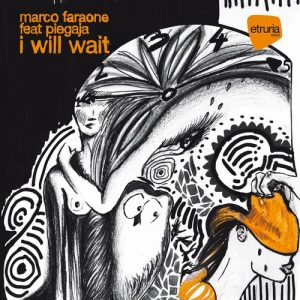 DESCRIPTION
Although still barely into his twenties, Marco had the privilege of a musical background in his family, allowing him to delve into experiments with electronic music from such early times as playing his first gig aged only 14 in his hometown of Lucca, Italy.

Almost 10 years later Marco is working hard to present his sound on the international music scene, with scores of releases included his 2010 HIT Ep ‘STRANGE NEIGHBORS’ on Moon Harbour, his solo EPs ‘WANT LIFE TIME’ and ‘HARD TIME TO TRAVEL’, creating a real stir and were featured on playlists of top DJs everywhere. Along with further releases on labels like Get Physical Music, Truesoul, Ccille, All Inn, Break New Soil, Four:Twenty, Catwash and for his own label Etruria Beat run together with his partner Luca Agnelli, it seems that Marco will be fast developing an enviable discography for such a young artist in the scene. The year ahead looks bright for Marco, with an already demanding Album World Tour schedule all over Europe and the Americas, and further upcoming releases on many important labels.
The birth of this album comes from the desire to achieve new experiments, trying to find a way outside the lines, embodying different musical shades with new sounds and rhythms and assemblies these with the purpose of a new musical idea, in which House, Techno, Pop and Electronic live together setting up one and sole atmosphere. The purpose of producting fourteen tracks is not only led by the need for a new musical project but it is the symbol of an important bit of life, done by sensations and emotions, as sad days, departures and new arrivals, fun delights, the waiting for a new experience … or for a new love…
They are fourteen tales of live. An album that will include the collaboration of a special friend: Piegaja. The young Tuscan man who walks together with Marco in this path through feelings, experiments, fun, trusts and new researchs, and so the obvious outcome has been a great synergy. Deep fieldworks of 365 days and 365 nights, where sound innovation amazed them, first of all. From here the desire to involve and amaze the audience too, with the same feelings that signed their way.

Because, at bottom, life is the same for everyone.