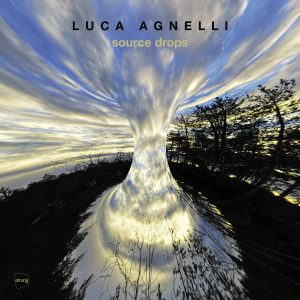 Etruria Beat founder Luca Agnelli unveils his long-awaited debut album, ‘Source Drops’ – presenting a ten-track journey through techno and beyond.
A name at the centre of Italy’s rich house and techno scene for over a decade, Etruria Beat head-honcho Luca Agnelli continues to showcase his talent as a leading DJ, producer and label boss on the international stage. With releases via a host of globally renowned labels, plus standout remixes including Moby’s iconic ‘Porcelain’, the Tuscany native’s reputation has seen him become of the genre’s leading artists when combining energetic, entrancing productions throughout his powerful DJ sets. Yet, the core of his work has always found a perfect home on his own Etruria Beat imprint, with July now welcoming the arrival of his highly-anticipated debut album ‘Source Drops’ – an in-depth musical story presenting growth, development, self-reflection and raw emotions via a collection of ten tracks ranging from powerful peak-time anthems through to EBM influenced cuts and slower, hypnotic productions.
“This is the journey that traces my musical evolution of the last 20 years, discovering more conceptual, deeper musical territories; taking inspiration from what influenced me in my career as a DJ and from my continuous research without musical barriers. A journey always in equilibrium, at times dark and sharp, solar and fluid, that develops a different creative vision in each track trying to convey my most intimate and strongest emotions”. – Luca Agnelli
Opening via the slow-blooming builds and atmospheric and waves of ‘Black Mirror’, before diving into the heady and menacing tones of ‘Mutant Circle’, the ten-track project quickly showcases a wide-reaching range of influences and nuances central to Agnelli’s development as an artist over his career. Productions such as ‘Balance’ and ‘Oxigen’ contrast with one another whilst bringing space to proceedings, guided by breaks-influenced percussion, minimal arrangements and warping leads, whilst the driving ‘Resistance’ harnesses classic techno tendencies to provide an energetic and lively, snaking journey through rich soundscapes.
Title cut ‘Source Drops’ brings that trademark Luca Agnelli energy to the heart of the project, merging scintillating melodies, acid-tinged stabs and icy hats to unveil a high-octane ride into the peak-time, whilst ‘Raw Surface’ keeps the tempo high with sweeping leads, oscillating basslines and resonant lasers. Next, ‘Omega’ spirals into an off- kilter ride through glitchy echoed vocals, crunchy percussion and rumbling low-ends, with the epic ‘Losing Control’ welcoming an infectious lead melody at its core guided by punchy kicks and slick drum licks. To close, the package veers to an eerie yet ethereal close as hazy, celestial vocal chants meet panning sirens and swooping electronics – punctuating an expansive and diverse offering from the Italian favourite and shaping up an impressive debut LP in the process.