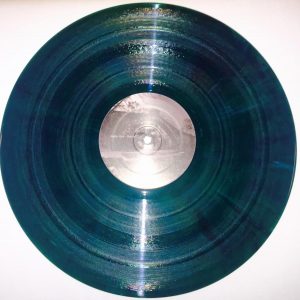 Etruria Beat is pleased to present the first EP of the talented duo from Modena Toms Due. Already appeared with the track “Part Of It” and more recently with the remix of Bastinov – Ellipse which has been played everywhere around the globe, today they offer two original tracks with a defined and aggressive sound plus two huge remixes from Etruria’s family.. Get ready to blow up some dance floors!

The EP opens with the remix of the label-boss Luca Agnelli, who brings a very techno track, full Robert Hood style, with a distorted kick and a Detroit chord that makes the rhythm obsessive and powerful.

The second track is the original “Fly over”, built around the melody and a solar chord hooked to a powerful 909 groove . It will be a nice breath of fresh air for the darkest consoles.

The B1 is the track from which the EP take his name, “The Bridge”, is nothing but search for the essential. Very few sounds that will make the atmosphere dark, an incredibly present kick and some 909 distorted hi-hats that ensures a breathless pace, until the last second.

Finally, the “House” reinterpretation from the foot of Mount Vesuvius of the talent Dast, who comes up with his version , influenced by a synth full of atmosphere but time-pressing at the same time.. Get your smiles ready, package is served!