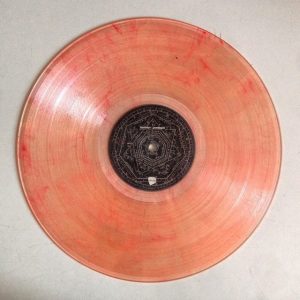 DESCRIPTION Bastinov (aka Diego Gennaro) is a Venice based young producer and DJ, following his last year release on Etruria Beat he is now presenting a more mature work, showing his artistic growth. This EP, the 19th of Etruria Beat Records and the 2nd release from Bastinov , is a path into techno and in its shades, starting from punching and rolling sounds and ending up with the addition of some melodic parts. Beyond the original mixes the EP is enriched with remixes from label boss Luca Agnelli, newcomer talents Toms:due and Proudly People. “Pentagon” is composed by an alternated hypnotic synth’s melody and a vibrant groove which will bring you into your deepest mental journey. Luca Agnelli’s remix of “Pentagon” is a dub-techno explosive interpretation of the groove, spiced by a dark triplets synth and an amazing kick-dropping that will burn up the dance floors for sure! “Theorem”, was created with an amazing and pleasant chord, a devasting groove and big-punchin kick made by analogic drum machines (as the vintage Roland CR5000). The second remix on the vinyl comes from Toms due that moved the track down to the “Motor City’s rules”, adding a massive and dirty 909 groove and giving a special reinterpretaton of the original synth.